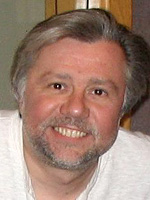 Gary Cee is the new Morning Host of Pocono 96.7 starting October 13th. . He’s a native of Patchogue, Long Island.  His first radio job was at WRCN in Riverhead, which led to a full-time gig at WDRE in Garden City where he hosted just about every air shift.  In 1996, WDRE reverted to its old call letters, WLIR.  Gary stuck around, and in 1998, Gary became Program Director.

In 2003, WLIR was sold to Univision.  Gary packed his bags and moved up to the Hudson Valley to become Program Director and Afternoon Host at rock powerhouse WPDH.  In July of 2012, Gary moved to northern New Jersey and became Senior VP of Programming for iheartMedia in Sussex where he also served as Program Director and Afternoon Host of WNNJ.  He stayed there for nearly eight years.  On October 13, 2020, Gary became Morning Host at Pocono 96.7.

Prior to his radio career, Gary was the Managing Editor of Circus, America’s Hard-Rock Magazine.  His book, ‘Classic Rock,’ is still available through online retailers.  In his not-so-spare time, Gary constructs crossword puzzles for The New York Times and the Wall Street Journal. Email Gary at GaryCee@Pocono967.com.